Ning and The Future of TechHui

We've received dozens of inquiries today about the recent announcement from Ning that they are cutting their free service, and if this means the end of TechHui. It does not. TechHui is a premium network paid for by the generous sponsors you see on the right of the page. Premium networks are unaffected by the changes at Ning.

Ning has been paying for the infrastructure to host… Continue We now have the great distinction of the shortest school year in the nation - 163 days. The national average is 180. Japan averages 243 and China averages 251. These countries also have longer school days allowing them to cover more subjects in greater depth. The sad fact of the matter is that our children will be ill prepared to compete in an increasingly…

The tools we use for managing software and design projects have evolved over the years. Last year
Scott added
Basecamp to our toolset. We've found its email based workflow easy to use, especially for customers. For small projects Basecamp is often all we need,… Continue

We just finished a very interesting hybrid application called Ilio Fun Facts for the Army Corps of Engineers (mahalo to Native Hawaiian Veterans for pulling us in on the project.) The project provides free MacBooks to a group of public grade schools in Waianae. The MacBooks have special logins and screensavers that help educate kids about unexploded ordnance. In addition to being technically interesting it was one of those projects that makes you feel good because it helps the community.… Continue

About 15 years ago (I'm terrible with dates) I was working with my old friend
Brent Ridenour on a software project in the Bay Area. During that time Brent lent me a book on
knot theory that reinvented my view of mathematics. I found the whole concept of… Continue

Aloha TechHuians. As part of our initiative to grow the TechHui community, we are announcing what is, to our knowledge, the world's first meta-contest. This is a contest to come up with a clever contest :-) The winner of the meta-contest will have their choice of two months of free top level sponsorship (see the Sponsors area to the right) on the TechHui site, a $998 value, or the new… Continue

Sent to us by Jim Thompson:


There was a conference call this morning with representatives of the Hawaii Science and Technology Council, the UH Energy Policy Forum, the Farm Bureau, Senator Carol Fukunaga's Renewable Energy Sub-Group, Sun Fuels on the Big Island, and Pacific Bio-Fuel on Maui.

There was unanimous concensus to forward the attached package…

Posted on Behalf of the
High Technology Development Corporation From HTDC CEO
Yuka Nagashima: HTDC started working on this document in anticipation of the State's need to have a coherent implementation plan for establishing Hawaii's innovation economy last year. This document evolved as we also accommodated the needs of other economic development practitioners and industry… Continue

I just read through the language spec and memory model for Go, Google's new language (thank you for the link Scott.) There are a lot of things l like about the language, such as its approach to concurrency, heavy use of type inference (which we also see in C# and Java 7), ruby-like array and map manipulation syntax, etc., but I'm not entirely sold on the type system. Go has no… Continue 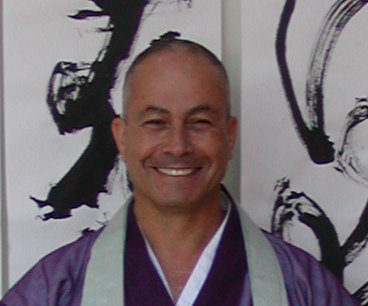 We had the pleasure of meeting Dr. Ron at the last
HVCA monthly luncheon. Benny gave an
engaging presentation on the past,… Continue

I normally don't comment on this sort of thing, but I received numerous links to Virginia Heffernan's vacuous NYT article titled Facebook Exodus. It must have been a very slow news day. By Virginia's own admission at the top of paragraph two, Facebook is growing at a furious rate. ComScore puts last month's unique visitors at 87.7 million and monthly growth at over 20%. To what exodus is she… Continue