Microsoft created quite a stir on Thursday when they said they are "repositioning" Silverlight and focusing on HTML5 for web apps. Like Adobe, which just demoed a Flash to HTML5 converter, they seem to be conceding that the web world is moving away from plugin-based rich media platforms and toward HTML5. Now they will be playing in a sandbox dominated by Google, a company that employs the HTML5 spec lead and has been betting on HTML and Javascript from the start.

While its clear that eventually you will be able to use HTML5 for a wide range of non-trivial production apps, that just isn't the case today. Even the W3C says HTML5 isn't ready for prime time:

official from the World Wide Web Consortium (W3C) told reporters
today, “There is already a lot of excitement for HTML5, but it’s a little too early to deploy it because we’re running into interoperability issues.” Particularly when it comes to video content, different devices and different browsers aren’t handling HTML5 consistently. “I don’t think it’s ready for production yet,” the official continued. “The real problem is can we make it work across browsers, and at the moment, that is not the case.”
from
Mashable

It hasn't even reached the candidate recommendation stage in the W3C. Ian Hickson, editor of the HTML5 specification, estimates that won't happen until 2012. Even if all the major functionality did work across browsers they still don't have the necessary performance characteristics or control types. For example, we work on apps in the financial space that use sophisticated grid components often holding tens of thousands of rows of data. These grids are bound to data sources via a rich data-binding framework. Many of their cells are calculated and need to be updated quickly when the underlying data changes. There are no robust HTML5 grid components that can satisfy those requirements available today. Although Javascript has gotten much faster in recent years, it still can't handle this type of task. The same is true for many, many applications such as those that do intensive math work in the client. C# generated IL code running in Silverlight is much faster than the equivalent Javascript running on Chrome.

Then we come to the language and core library. C# and the object model provided by Silverlight are far more sophisticated than the HTML5 Javascript world. C# has evolved into an incredible language with an elegant unified type system that handles dynamic (loose) and static typing as well as typed queries over arbitrary data structures that are statically verifiable by the compiler. Javascript is a toy by comparison. Its evolved some proper Java-like features, but its still years behind. If you are into functional languages you can target Silverlight with F# and scripters can take their pick of IronPython or IronRuby. 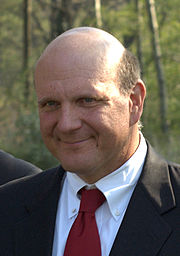 I'm a big fan of the idea of HTML5, but the notion that you can replace all Silverlight and Flex apps with it today is pure fantasy. There are some apps that can be done in HTML5, but there is an enormous set of apps that are beyond its capabilities because they require high performance in areas that would have to be implemented in Javascript or the HTML5 spec doesn't cover a needed component type. By making ambiguous comments at the PDC and downplaying Silverlight, Microsoft has stupidly cast doubt on the best platform they have ever built. I suspect this comes from senior management where people like Ballmer worry about not being as hip as Apple and Google. The fact they are going to continue using Silverlight for their mobile efforts is of little comfort because most people believe their mobile efforts will fail. That ship has sailed and its a Google / Apple world.

To Microsoft: Very, very poorly played. What you should have done at the PDC is assured the large base of developers working on everything from deep zoom apps to dashboards for finance that you will continue to invest in Silverlight alongside your fledgling HTML5 efforts. You can easily afford parallel efforts. Now developers who read articles such as Microsoft Shifts From Silverlight to HTML5 will look elsewhere for the technology they need today and use those platforms until HTML5 comes of age. I guarantee you just killed many large projects in the finance sector that were planned for Silverlight, and caused irreparable damage to your company's reputation in an industry that was moving increasingly in your direction for rich client development.

I suspect Microsoft will realize their blunder and do some back peddling, but they have already done significant damage to Silverlight, a perfectly good platform in which they and many other companies have invested millions of dollars, for absolutely no good reason. (queue music) Dumb-da-dumb-dumb-dumb.

Update: Bob Muglia, President of the Server and Tools Division at Microsoft, has back-peddled with a blog post that includes an apology for the confusing statements and the following clarifications:

Comment by Cameron Souza on November 1, 2010 at 11:55pm
@Les - I guess every ten years, folks need to relearn the lessons of the past: Never speak ill of your own products.

Very true. Its amazing how these large established companies still manage to screw up PR in obvious ways.

@Les - On the other hand, it's very hard to talk to the press without sicking your foot in your mouth at some point.

I find it easy. When in doubt I feign queasiness, mumble something about an upcoming press release and stumble away. This would definitely have been a better move for Muglia at the PDC.

Comment by Les Vogel on November 1, 2010 at 3:19pm
@Daniel - I think Balmer's corrective statement is good for the areas you mention. I guess every ten years, folks need to relearn the lessons of the past: Never speak ill of your own products. Now that I think about it, my quote from Balmer below, probably did include Windows 7 Mobile in it. It's only in my mind that Desktops and Mobile devices are separate.

On the other hand, it's very hard to talk to the press without sicking your foot in your mouth at some point.

I think not making some hot Silverlight tools on the Mac was probably a good choice politically, but wrong for the market they were targeting. I know I'd have walked away from Flash in a heartbeat.

Comment by Daniel Leuck on November 1, 2010 at 3:07pm
As predicted above - An apology for the PR fiasco and a healthy amount of backpedaling.

Comment by Daniel Leuck on November 1, 2010 at 3:03pm
Hi Les - I generally agree with your assessment. I understand moving toward HTML5 for mainstream web apps. That is a smart thing to do. What wasn't smart was casting doubt about the future of a platform being used today for purposes such as those I described above, which HTML5 does not do (or in some cases does not do well.) What made it especially dumb is that unlike many of Microsoft's other technologies, Silverlight is actually a very nice platform. It didn't catch on for B2C Web 2.0 type apps, but it is doing very well in niches such as finance and bioinformatics.

Comment by Les Vogel on November 1, 2010 at 2:19pm
@Gus the article was interesting, gave me two more to read. Balmer's remarks to highlight Silverlight were even more dismissive than I had expected.

Silverlight provides the richest media streaming capabilities on the web, and we will continue to deliver that on both Windows and Mac.

In that I would have expected him to mention the Windows 7 phone.

Comment by Gus Higuera on November 1, 2010 at 2:09pm
Microsoft just responded to this, there's an article on TechCrunch about it

Comment by Les Vogel on November 1, 2010 at 12:14pm
The way I read the announcement was that they didn't expect to be able to put Silverlight on an iPhone, and they had philosophical differences doing it for Android. And yet, they still wish to play in the Mobile space, so they've capitulated. Silverlight no longer can accomplish for MS what they wanted it to.

It's unfortunate, while not a major fan, I liked a lot of what I saw in Silverlight. I've always found it to be a lot more reliable than Flash, and quite a bit friendlier. (It usually, just did what I wanted - not something I say about MS all that often.)

The game has moved to mobile, and unfortunately, you've got to pick a side. HTML5 is the only way to be agnostic. Even then, there's stuff you've got to do, but it's a lot less than coding your application in Obj-C & Java & HTML5, though many will do just that.

HTML5 may not be standardized, may not even be ready for Prime Time. But it's here, and it's moving quickly.

Comment by Brian on November 1, 2010 at 3:14am
Microsoft has always been terrible at PR & spin. This is exacerbated by the fact that the 'tech media' (which are mostly a joke IMO) love to hate on them.

The real story here is that if Steve Jobs had said a similar thing (which they pretty much have, by blowing off MacOSX/desktops lately and focusing on iOS/mobile), the mainstream tech media would have declared him a visionary. Oh right, they already did.

I've realized that technology coverage has long since been little about technology.. and much like politics - a spectator sport where the most exciting get the most coverage.. regardless of whether they're any good.. or ethical.. or anything.

Comment by Cameron Souza on October 31, 2010 at 5:10pm
More on this: Microsoft sidelines Silverlight in face of HTML5 progress.