Technology pundits from around the blogsphere are weighing in on the primaries. Michael Arrington of TechCrunch fame recently endorsed John McCain and… Continue

Local company
ChipIn recently launched an amazing WYSIWYG flash widget builder called
Sprout. Sprout allows you to combine shapes, images, videos, RSS feeds, maps, and more with a dead simple drag and drop interface. After creating your Sprout (widget) you can publish your creation on dozens of web platforms including MySpace, Facebook and all the popular blogging sites. You can track usage of your widgets… Continue

(cross posted from the Flex group)

Instead of wasting $44 billion on Yahoo in an effort to fight a battle lost to Google long ago, why not invest in developing office applications for Silverlight? This would allow simultaneous releases on Windows, OSX and (soon)… Continue

In its latest attempt to fend off archrival Google, Microsoft made an unsolicited $44.6 billion bid to acquire the most heavily trafficked site on the web. Maybe Balmer can figure out a better way to monetize Yahoo's traffic than Mr. Yang.

In addition to Yahoo's impressive traffic in the US, its important to note Yahoo is the 900 pound guerilla of the Japanese internet where it enjoys Google-like dominance in terms of search, advertising, auctions, etc. After the US, Japan is arguably… Continue

I was on the Hawaii State Library website today and happened upon their Digital Book page. It's a service powered by overdrive.com. It allows you to borrow e-books and CDs for three weeks at a time. So far I've checked out books about doing business in China and website design technique. And I'm listening to some Beethoven right now, too.

For books, it uses the… Continue

I'd like to share two random trains of thought in the area of free open source software. The first is my continued annoyance with the likes of Richard Stallman and his acolytes for their insistence that all software must be free and that commercial software vendors are somehow unethical. I hear this refrain time and time again on message boards and at geek fests around the world. What…

This month's Honolulu Coders meeting will take place on Wednesday 30th
January from 6pm to 8pm.


Dan Leuck of Ikayzo.com will talk about Flex and Silverlight, exciting rich client technologies that facilitate the creation of, as Romain Guy would say, filthy rich UIs.
During this presentation Dan will create a simple photo management
application using both technologies, and discuss the pros and cons of
each platform.

I recently discovered two interesting new sites for natural language learning. The first was presented by TechHui member Gabe Morris at Unconferenz last Saturday. Gabe demoed Yabla, a site that offers video content in Spanish and French from television and…

According to a recently published whitepaper, Google is currently processing 20 petabytes of data every day. I find it amazing that their search engine and applications like Google Docs still have nearly instantaneous response times.

Google just added a slew of new features to their already impressive Google Docs. Perhaps the most interesting is the ability to publish presentations as AJAX widgets. File management has also improved to the point you really feel like you are using a desktop application. Google once again proves it is the king of AJAX! The fact they seem to be completely ignoring Flex is…

(This is a modified repost of a post I recently put up on our company's wiki,
explaining a very old CS concept/approach which seems to be rather
neglected lately in production use.)


If you're implementing any sort of miniature language as part of some software (query language, scripting capability) or even just attempting to parse structured input of some kind, using the full-boogie compiler-builder tools like YACC, bison, and friends can seem like… Continue

You can find this little gem here. I know that we're all supposed to know how to correctly setup a solution and I know that we all have our way (and reasoning) for how we set it up. It would be nice to come up with a standard way to do this. Tree Surgeon to the rescue. This is not a tool you will use everyday, but it will become invaluable when you do.

The basics are just that. Fire up the tree surgeion GUI and…

I was finally able to fix the install of this tool and have become fairly enamoredwith it. The UI is simple and effective. The preview will only be useful until you become confident that the tool will work correctly.

There are a number of feature requests for the next version of this tool and I second most of them. For a simple utility, though, I think it is a good start.

For those interested in the install problem, I've narrowed it to two things:

I was excited about this tool because I get tired of hearing FxCop telling me to replace literal with a string from the resource file. It's purpose in life is simple--just right-click any hardcoded string and automagically send it to a new or existing resource file.

So, I anxiously click on the msi to install this tool. The install went fine and I fired up Visual Studio to give it a try. I clicked Tools\Add-in Manager... to make sure the install went as well as it seemed and it…

I've been checking out some of the projects available at codeplex and have been impressed with some of the tools available. They range from the simple (a build tree generator) to the complex (EntLib). I plan a blog entry for each of the tools I have incorporated into my work.

I just ran across a new Swing L&F called Nimbus that has renewed my interest in Swing. Its the first L&F that looks as good as OSX and Vista and it is entirely vector based. This is important because the resolution indepence means it looks good on the new high definition screens.

Additionally, all the painting is done with Painter delegates which are easily reused on custom components. This has always been a pain point for swing. Its…

Join us at Honolulu coders Wednesday night this week in POST 302 at UH Manoa:

I'll be talking about the new O'Reilly book "Collective Intelligence" by Toby Segaran, as well as showing off my new iPhone LinkLens application.

I've invested years of my life in Swing development, so its a little scary to even pose the question, "Is Swing Dead?" Bank of America, our largest customer, used to do a significant amount of Swing development. These days all new projects are using WinForms, WPF, or Flex. All of these technologies are very good, and have big marketing bucks behind them (Microsoft and Adobe respectively.) With Sun gasping for air and IBM backing a competing toolkit, what will happen to Swing? 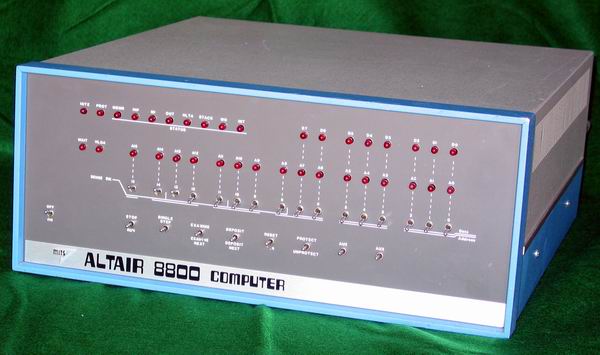 My first job in the industry was assembling Altair 8800's and Imsai 8080's at Ohio Scientific Hawaii (Jeremy Jones) above St. Louis drive-in on Waialae.