The Japan Aerospace Exploration Agency(JAXA) launched "KAGUYA (SELENE)" September 14, 2007 from Tanegashima Space Center. The major objectives of the "KAGUYA" mission are to obtain scientific data of the lunar origin and evolution and to develop the technology for the future lunar exploration. "KAGUYA" consists of a main orbiting satellite at about 100km altitude and two small satellites (Relay Satellite and VRAD Satellite) in polar orbit. The orbiters will carry instruments for scientific investigation of the Moon, on the Moon, and from the Moon. See Source: 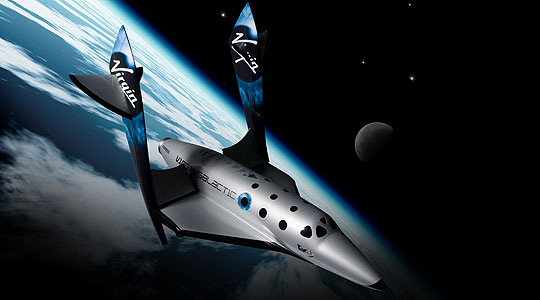 Earth is running out of water...

You need to be a member of Space Exploration & Technologies to add comments!

Not a lot of activity here.  I;m going to Houston next week for the 100Year Starship Study 2012 Symposium   I dont suppose anyone else from this group will be there?   I'm getting a few minutes of time to present on our group, which is now going by the name of SpaceGAMBIT.

Not a lot of activity in this group .. but to spark things up a bit, as the Technical Point of Contact, I received notice this week that DARPA has selected our grant proposal for a "Hackerspace Space Program" (HSP) for contract negotiation.  We are seeking to create an international organization that "will enable scalable grassroots community units collaborating with each other and with interested partners around the world to carry out activities dedicated to the enhancement of humanity’s survivability."

The best source of information on this project is the proposal itself ...

Comment by Rubén Peña on April 18, 2010 at 10:32pm
NASA Partners with Hawaii on Space Exploration, Science

Comment by Moriba Jah on December 27, 2008 at 8:51am
Aloha...just joined the group. I'd like to see a growing involvement in Space from Hawaii. I currently work for the US Air Force at the Air Force Maui Optical and Supercomputing Site (AMOS) http://www.maui.afmc.af.mil

I used to be a spacecraft navigator for NASA at the Jet Propulsion Lab, where I worked on a handful of Mars missions.

UH is putting together a CubeSat mission, to be launched in 2010. I'm collaborating with them o this.

Anywho, happy holidays to those here in the group. Cheers.