I took a short trip to Tokyo in October to visit family and friends. I've lived there for over eight years, so every time I go back I notice what's changed. And since I'm on the geekier side, I notice tech-related changes. 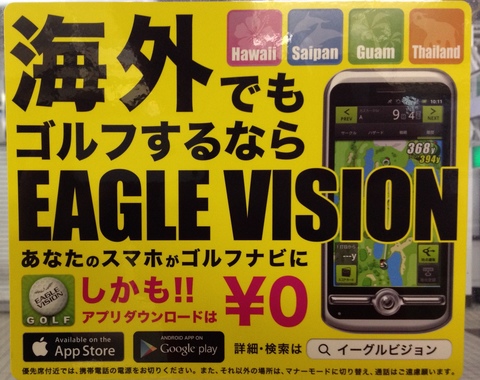 When I moved to Tokyo in 2003 there was a trend to switch to camera phones. All the major mobile carriers were playing catchup to J-PHONE, which introduced the first camera phone service to the world on Nov, 2000. Shortly after -- camera phones became ubiquitous, people were sending each other photos, and the carriers were happy.

One day somebody had the bright idea of incorporating QR Code scanners into them. (I would put my money on AU, which is the 2nd largest mobile carrier in Japan. Toyota owns a good chunk of them, and a subsidiary of Toyota invented the QR Code). Yay, a new feature for the carriers to sell...

Then all ads, from giant displays at Shibuya crossing to posters in the subways included QR Codes. It seemed like it happened over night. The ugly 2D boxes were everywhere.

The funny thing is -- the entire time I've lived there I have only seen a handful of people use their phone to scan in a code. Never on the train or in the station. Occasionally at the crossing by a tourist.

On this trip I noticed most QR Codes were gone. Now the ads either display the URL of their website or an image of a search box with a keyword. I didn't see Facebook links or Twitter handle names either. I wonder what will be next. A flood of custom Line stickers? Oh no...

Beacons! I agree, that would be an interesting way to use them. Inexpensive to add to the train ads too. I'm sure the large ad agencies are already thinking of ways to incorporate them.

Scott -- ping us when you encounter them :-)

The keywords remind me of the AOL days.

Perhaps one day we will have some type of bluetooth or other wireless tech that beams stuff to our phones.  I think this is what Beacons do.  Then we could just choose which ads we want to view without scanning QR codes or inputting any keywords.

Is that a cultural thing? Would QR codes be more successful in the US?

Actually, the keyword searching is probably much faster. In order to scan the QR code, you would probably have to startup a separate app or switch-on QR code mode on your camera, then wait till it scans, then click on the URL.

The only issue with the keyword is that others might game it and try to beat out your results.

QR codes attract to much attention in a public place.  I wouldn't want to break out my phone and scan a QR code on a busy train because it would attract attention and let everyone know I'm interested in that ad.  Keyword search is easier because you just whip out your phone and you can look it up without anyone else ever knowing about it.

Now, of course, Google Glass could change all that :)