Study shows experiences are better than possessions, but not iPads 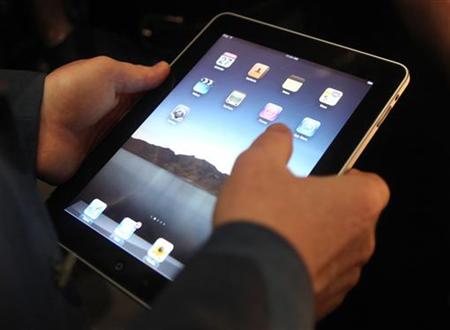 new study from Cornell finds that
"lust for material things fade but our unique experiences remain with us for a long time." I have always been a believer in personal investment and have said that the best investment that you could make for your future is not in a hedge fund or 401K but in creating unique personal experiences. Traveling the world, getting to know different cultures and just enjoying the beauty of life is the single greatest thing we have and if you are fortunate enough to be able to do such things then you shouldn't hold back to wait until your 70 when you retire. Would those lifetime memories be made even more memorable by having an iPad at your side capturing every moment?


The study found "people are less satisfied with material purchases because they are more likely to second-guess what they could have had (such as a new model or a better price), the researchers found. Consumers spend more time thinking about material purchases they didn't choose than they spend when they buy an experience." Very true. I guess this will be something I have to ponder tomorrow while I stand in line for my Ipad trying to figure out if I should have waited for the maxed out 3G version with the mega large HD. =)

Comment by Nate Sanders on April 6, 2010 at 5:12am
I'm not sure about its price yet (prices I've seen are in the $300-350 range), but the Notion Ink Adam gets my vote for best technology in a tablet/pad computer: Multi-touch and dual-core processor with 180-degree swivel 3.2MP camera. This means that not only can you videoconference when the camera is pointed at you, but have augmented reality apps when it's pointed in the opposite direction. This device also has a 1024x600 Pixel Qi display, 2 USB host ports, HDMI, and some other stuff -- looks like to me you could use this as a desktop computer if you want to.

Unless something is horribly wrong with this, I think I'll be getting one (June release date?).

side note: I am baffled as to how the iPad is having wifi problems. How does this get through testing?

Alex: Dan re: your "Apples dominant market share". Better qualify that statement a little. I guess it depends on what geographical area you are looking at, but apple is flattening out, and android gained 7% in a month in the US.

You mean like I did in the next sentence, "This may change with the rise of Android." ;-)

Yes, but handset marketshare isn't particularly relevant. What matters to developers is the size of the market for apps. In this area Apple is clearly dominant. iPhone App sales are projected to exceed $1 billion this year and the download count recently passed 3 billion. Do you think RIM will see numbers like these for apps? Not a chance. Android might in 2011.

Comment by Alex on April 5, 2010 at 1:06pm
Dan re: your "Apples dominant market share". Better qualify that statement a little. I guess it depends on what geographical area you are looking at, but apple is flattening out, and android gained 7% in a month in the US.

..and that is for smartphones. If you look at cellphones in general the number is more like 2-4%.

...my problem isn't really with Apple, it is with Apples monopolistic and controlling behavior. Jobs will never have "expert"mode because it is not is giving up control. I do think pads will be more commonplace, but I really hope is not the iPad simply because the technology is so limiting and filled with Apple's usual crippleware.

Apple products can be described as mediocre product wrapped in a nice package.

The most important question you can ask about the iPad:
WILL IT BLEND: http://www.youtube.com/watch?v=lAl28d6tbko

Would those lifetime memories be made even more memorable by having an iPad at your side capturing every moment?

I agree about experiences being more memorable than possessions. However, possessions do provide us with experiences. I really liked the Microsoft Courier digital journal video. This is the kind of functionality I would like to have in my future Pad. I also want my Pad to auto sync with my online account - over the air. The whole cloud thing will define my choice, I want my portable hardware to be in auto sync with my cloud identity, whether it's a smartphone, a Pad, a car port, etc.. iPad is slick, but lacks cloud integration. They could have partnered with Google cloud, but chose to sue instead. Go figure.. Anyway, I think once the shine luster goes away, it's all about functionality, and whoever connects personal devices with a cloud in an intuitive an automated way is a clear long-term winner in my book.

Comment by Dan Starr on April 5, 2010 at 6:10am
Although I only have a couple Dell and Apple servers which I've setup and used, I've had no complaints besides the overpricing of the hardware. The Dell desktops are not so good, but neither are mac-mini's. I gravitate towards the customization of Linux, so dealing with OSX as a gateway for a lot of users and services was a bit of a learning curve. But, my laptops for the last 4 years have all been Macbook Pro's, which I choose for solidness in design and perfect integration of graphics and hardware with the OS. Ideologically, I try to develop and use only open source software, with only Apple's OSX and VMWare as the exception. Of course any sort of development work is done in a VM or on another machine, due to needing full control of a Linux OS.

Brian Russo: But even moreso - I think we've been sold this false dichotomy that computers have to be either easy to use but limited (Apple) or very extensible with a higher learning curve (PC). What I see in a platform such as android is the best of both worlds - something with smart defaults that works out of the box but I can also do whatever I absolutely want to. Why wouldn't I want the best of both worlds? Usability and extensibility are not mutually exclusive - I believe we can have both and that it's critical we do.

On this, I absolutely agree. Apple needs to re-embrace the concept of expert mode. You can be easy for novices and flexible for pros. These things aren't mutually exclusive or even competing interests. In fact, Apple used to have an expert mode for many of their user interfaces prior to OSX, but for some reason they abandoned this paradigm.

Comment by Daniel Leuck on April 4, 2010 at 9:42pm
It looks like the iPad is a counter example to my claim :-) Apparently the wifi is faulty. This could be a very serious issue for Apple.

Brian - Your experience with Dell has been absolutely contrary to mine. We were involved in procuring over a 100 computers for customers last year and Dell had about a 50% batting average for getting the right computer to the right place in working condition. They had me on the phone for hours day after day. It was absolutely infuriating. We axed them as a vendor.

Apple on the other hand has an nearly perfect record for the hardware we've ordered. You have to admit - 160 laptops with no faulty units is pretty impressive. Dell could never do that.

re: Apple getting a free pass on many issues

I agree. The media has a love affair with Apple. They always have.

That being said, I think you are downplaying the amount of innovation Apple has brought to the market, even in recent years. The iPhone was the vanguard of a new class of phone. Many, many industry "experts" thought it would fail. Apple said it would revolutionize the phone market, and they were absolutely right.

Brian Russo: I've already seen reviewers cite how apple has (not will, has) revolutionized mobile computing with the iPad. This is for a device that has just been released and does not yet exist in a 3G version. It's just FUD pure and simple.

I agree its too soon to say "has", but there is a very good chance it will. Although other tablets have existed in the market for years, iPad will probably be the first to enjoy wide adoption by the average Joe.

Comment by Daniel Leuck on April 4, 2010 at 6:58pm
The Courier looks very interesting. Its great to see all the competition in this class of computing device.

I have to admit, I tend to gravitate toward Apple products for a few reasons:

1. Reliability and Quality. All the PC vendors we use for customers seem to be getting worse by the day. We've completely stopped ordering from Dell because every other unit was defective in some way. I must have lost a month of my life on the phone with Dell reps. On the flip side, we just worked on a project that required purchasing 160 MacBooks and not one unit was defective.

2. Attention to Detail. From the operating system to the industrial design, Apple's products look great and are a pleasure to use. This obviously matters to some people more than others. I tend to obsess on user experience and aesthetics. If they are bad, they really, really annoy me.

3. In the mobile space, the number of quality apps available. Apple's dominant marketshare means there are a larger number of high quality apps for iPhone. This may change with the rise of Android, but for now it is fact.

Of course, there are design decisions taken by Apple that annoy me and doing things like crippling the multitasking capabilities of the iPhone is just plain stupid.