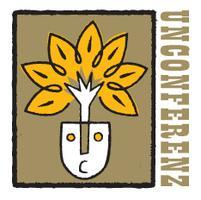 Unconferenz is a grassroots technology event where instead of talking heads and product pitches, we invite real conversation and collaboration. Each of its six years to date, a number of great projects have found support and momentum at the Unconferenz. Two years ago, 'coworking spaces' were a hot topic, and in the year that followed, three of them opened up in Honolulu, led by people who had shared their early ideas at the event. Last year, tech legislation sparked the formation of an independent advocacy group, the Hawaii Innovation Alliance, which honed its voice at the Unconferenz and today continues to keep an eye on laws and policies that affect the local tech industry.

The agenda for each Unconferenz is set on the fly, the morning of the event, so anything goes. But leading the early voting for next weekend's topics are MakerFaire planning, open government data, health apps, and finding a technical founder for your new startup. For more information, visit UnconferenZ.com. 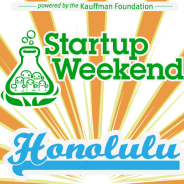 Startup Weekends are 54-hour events where participants are able to collaborate with like-minded individuals outside of their daily networks to create working startups. It is the largest community of passionate entrepreneurs with over 400 past events in 100 countries around the world. All teams hear talks by industry leaders and receive valuable feedback from local entrepreneurs and mentors. Whether you are looking for feedback, a co-founder, specific skill sets, or a team to help you execute, Startup Weekends are the perfect environment in which to test your idea and take the first steps towards launching your own startup.

Other interesting events and classes including the Founder Institute Bootcamp and WetWare Wednesday can be found in the event calendar.

HB0071.  Requests an extension of the land lease to HTDC for 25 years.  As most of you know, the MIC is scheduled to be turned over to the University of Hawaii in April 2015.  Oahu will be left without an incubation center, and HTDC which gets most of its State funding from operating the MIC will be in jeopardy. HB71 passed through the House EDB/HED and FIN committees and will now be reviewed by the Senate.  HTDC is supporting this bill and asking for testimony from our partners who support it.

HB0858/SB718SD1 Hi Growth Initiative. The bill appropriates $20 million ($10 million in FY 2013-2014 and $10 million FY 2014-2015) to the Hawaii Strategic Development Corporation for the HI Growth Initiative.  The HI Growth Initiative will provide $20 million of investment capital that will focus on the critical building blocks of new business formation: research commercialization, entrepreneur mentoring and the mobilization of startup investment capital. The House bill passed through EDB and FIN committees.  The companion Senate bill passed through EGH and WAM committees.  Now they will cross over and be heard again by the other side.  HTDC is partnered with HSDC on this initiative and asking for testimony from our partners who support it.

DBEDT is holding an Entrepreneurs Day at the Capitol on March 6th from 10-2pm.  If your company  would like to participate, please register at http://investhawaii.eventbrite.com.

HB0200/SB1061 Budget bill.  HTDC is requesting 54.8M in CIP funds to build a new innovation center.  We are in the process of retaining a planner/architect to help us find the most suitable location.  While these funds are intended to provide a new incubation center, we view this as an expansion to the MIC and are supporting both.  Budget bills do not usually allow testimony, but please contact your representatives and help them understand why this is vital.

We hope to see you in the blog, forums and event calendar in March. Make sure to check out interesting recent posts such as Is Facebook's New Graph Search Engine a Danger to Google? and Will Hawaii Startup Accelerators Succeed or Fail?

Comment by Brian on February 27, 2013 at 8:53pm
More importantly, there was a new baby sifaka born at the end of January.