Is Direct RIA the next Big Thing in Web development?

Being an open source web developer for the last 10 years, I have probably tried most of open source web related technologies out there in some flavor. It all started with good old HTML. To make a long story short, now web arena is populated with things like JSP, JSTL, JSF, etc.. and notably GWT. Even though JSP is still going to stick around, GWT revolutionized my development toolbox by introducing pure Java to the world of JavaScript. Some also like to call it JavaScript hell. It is true,… Continue 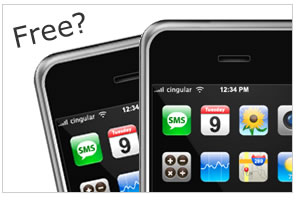 Moxie Marlinspike gave a presentation titled: "New Tricks for Defeating SSL in Practice" at the Black Hat conference last week and released code that demonstrates practical, man in the middle based, attacks on browser security.

The results are a bit depressing, but not entirely new or unexpected. The attacks that he presented in the talk mostly skirt around SSL and while they… Continue

A End to End Walk through our Java Stack...

In this post I will take a walk through our preferred Java application stack from end to end, noting what I consider to be some useful practices along the way. While it's a never ending process to re-evaluate packages and tools as time goes on, I have found that this basic architecture has held up quite well for many years. We've used it on numerous large commercial applications ranging from critical banking and finance apps to high volume entertainment sites. I'm not going to try to… Continue

Better Companies with Better Technology Will Rise from the Ashes GM and Chrysler are back at our doorstep, hats in hand, asking for a bailout that could
exceed $130 billion. We should say, "No, and shame on you for asking!" GM is failing because of horrible mismanagement, a complete lack of long term planning, outdated technology and the fact that they make, by and large, high… Continue 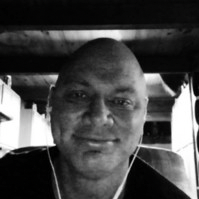 Hi,
My name is Johnny, and I am a student at KCC(New Media). My teacher Chris told me about this site, and there is a Flex Group too`-`

Aloha TechHuians. Last month I blogged about the
SDL/Swing UI framework, which makes heavy use of the
Simple Declarative Language (SDL.) I came up with the idea for SDL about six years ago when I was buried in a mess of XML J2EE config files. It struck me that XML is great for things like marking up… Continue

And now for something completely different...

I am in the midst of creating and managing a website www.koniacollection.com which is in partnership with Martin and MacArthur (I will be redesigning their website afterwards and turning it ecommerce). However, I wanted to mention the fact that when I get bored and need an "escape" from it all, I turn to reading. I am currently reading Night Train to Lisbon by Pascal Mercier. I was wondering what everyone else does in their "off" times. I also frequent a wonderful blog that points me in the… Continue

Now that we are in the midst of another legislative session, I thought it appropriate to let you all know of a new "advocacy-made-easy" tool that helps politically-motivated individuals and advocacy groups get their friends, members or constituents to very easily submit testimony via a pre-populated web form. Once set-up it takes folks 30 seconds or less to get their voices heard.

In this morning's headlines I came across the following pair of articles:

Average User Only Runs 2 Apps, So Microsoft Will Charge for More

The first is about how Apple, as part of the upcoming release of… Continue

The Psychological Barrier to SaaS

Two months ago we moved our last customer still running their own email server to Google applications. As we have seen with our other customers, there was a short stressful period as they adjusted, followed by great satisfaction as they moved from using Outlook to Gmail's web UI. It starts with one or two employees discovering the power of live collaboration on spreadsheets or simple document sharing. They become internal evangelists, and pretty soon the whole organization is realizing… Continue

I'm going to the Holy City of Geekdom!

Next week I head to Skywalker Ranch for my pre-mix meeting with Gary Rizzo (who just was nominated for an Academy Award for his fine fine sound work on Dark Knight). I'll try to take a lot of pictures.

Simpler and Speedier GWT with Server Side RPC Serialization

In this post I will describe how we are using server side GWT RPC serialization at Ikayzo to both improve performance and simplify client code logic.


First, let's have a quick recap of the normal startup sequence of a GWT application. As depicted below, it begins with the client requesting an HTML page containing a GWT script reference and static application text. All that is required in this initial page is a one line script that includes the GWT application's "nocache" file.… Continue

More On Freedom (the cud-chewing continues)

Hm... On my previous post on Freedom, Cameron Souza left a comment the end that got me thinking more on this topic, and about why it is on my mind lately.

About 3 weeks ago, I was browsing a post on security guru Bruce Schneier's blog on the topic of… Continue