Three good things about being a UH ICS student

What are three good things that the UH ICS program is providing for its students?

If you can only think of one thing, that's OK too.

1. Really passionate professors. I have taken a lot of different classes at UH and so far, in my experience, the ICS professors are really passionate and active members of their respective fields. They are easy to engage and most are really willing to help students grow.

2. The transition from in-person to online courses has been seamless and I believe that a lot of it has to do with things like the Morea modules and faculty experience with collaborating online.

3. There is excellent support within the ICS program whether it be faculty, advisors, clubs, or other students. We are constantly given opportunities and experiences. 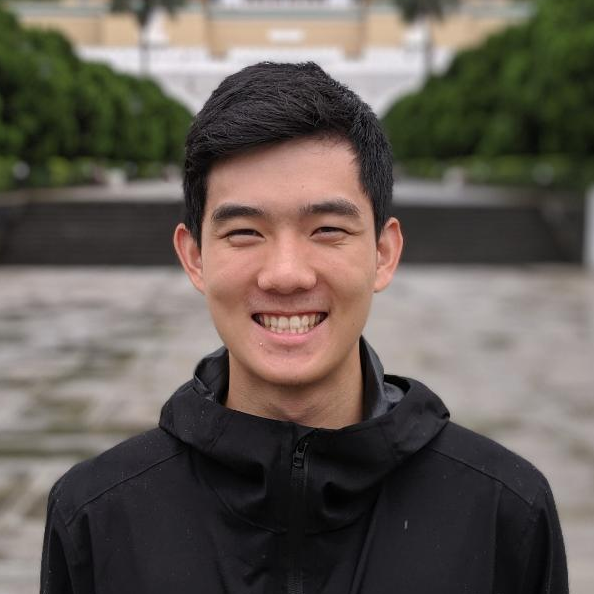 1. It is easier to network as a student of the ICS program and UH Manoa.

2. Having extracurricular groups that help with technical interviews.

3.  Classes being online helps me to work at my part time job.

1. The professors,TA, and advisors are able to answer our questions easily when we're stuck.

2. Has the ICSpace for students to study and ask for help when it's available

3. Clubs that help build your skills outside of the usual classes

1) The professors and research projects are inspiring. They make you want to think “big”.

2) The University has an endless number of opportunities. In the ICS Department and related programs, to experience and find your path.

3) The students come from all over the world and the experiences in team collaborations are so much more than academic.

“Three good things about being an ICS student”

(Note: This is my first semester as an ICS student at UHM. So, I hope it's okay that I answered this in a more general fashion of why I think it is good to be a Computer science major)

1. Computer applications are increasingly prevalent in all aspects of life

Computers are important tools for many different fields and their applications are growing. Even modern cell phones are miniature computers and there are apps for almost every convenience (eg. email notifications, language translators, apps that track our basic fitness). Data is increasingly being stored in databases and even a visit to the doctor increases our digital footprint as patient information is stored (and often shared with other physicians) in cloud-based medical software. Gone are the days when accountants would use spreadsheets (or gasp, calculators and pencils) to calculate depreciation or interest. Goodbye to the countless plates of biochemical media for bacterial identification. They’ve streamlined the process with PCR. And behind every machine is software giving the guidelines to the mechanical beasts that make our lives (and stress levels) better.

In short, things are changing day by day, and the technology is only becoming more complicated. Fields that workers may have never expected to require computers are edging out the old-timers – who never had the chance or spent the time to develop their computer skills. Farming, a field that some people might think of as simply growing food, is increasingly complex. Beyond the basic biology, now exists vertical farming and software that automates the process of crop care to optimize growing conditions for hundreds of different varieties of plants.

So, it is not only cool to be a computer science major, potentially having a future that impacts the future of others. But it is also necessary to develop a certain level of computer competency to survive in today’s world.

2. Programming is a skill that boosts employment opportunities

On Glassdoor.com, a simple search for “Programmer Salaries” quotes a national average base salary of $69,980 (as of 8/27/20). Now, not all computer science majors are destined to work for the large companies capable of shelling out these big bucks. And not all of them want to – some desire to pursue a career as an educator, some might work for the government and others find their computer skills useful in other fields. However, the potential for the high salary is there. And programming, unlike many other careers, does not need to be tied down to one physical location. It is possible, that you can work for a large mainland company while living in Hawaii. It is also possible, that you work for a local company in Hawaii with ties to the mainland and a growing potential for larger networks and projects.

During this period of COVID-19 lockdown, there has been increasing talks by the media and local officials regarding diversifying Hawaii’s economy to become less reliant upon tourism. Due to the physical location of the State of Hawaii and a lack of space and natural resources, it would be difficult to diversify Hawaii’s economy in industry or biotechnology – even though these areas were frequently mentioned. Beyond just a lack of space and resources, biotechnology companies, for example, have already invested big money into their current locations and are already in hot hubs - surrounded by universities with big grants and world-class talent. And without the big companies relocating here (to Hawaii), it is too expensive to maintain and purchase the equipment needed to remain at a competitive standard. This is not to say that Hawaii cannot compete globally or nationally in more areas. Nor should we quash local efforts or the current smaller-scale research that could achieve important breakthroughs. However, big industries alone are not going to solve Hawaii’s economic woes. Rather, we should be looking into areas where we already have the resources and depth for a quicker and more significant impact. Computer science is an attractive choice because the equipment needed, while not cheap, is not cost prohibitive. A single student, can theoretically with their own laptop computer, develop software that is on the cutting edge of research. Computer science is also a field that already has a large community willing to share their ideas and development processes online. This makes it easier to progress quickly and research, like job opportunities, is not limited by the physical location.

In summary, computer science is a good major because of the potential for employment in many different areas (eg. education, security, government) and the potential for a high salary. Unlike other fields of study that may be limited in their research and scope due to geographical location or money, it is possible to do software development nearly anywhere in the world.

It is no secret that a key to success in any field is to like what you do. I like computers and I love the feeling I get when I write some code, test it and it works. Then, write a bit more code, test it and it still works. Programming is one of those areas where it is very easy to see immediate results, especially if you incrementally develop your thoughts. In a slight modification of the words of the wise Dr. Seuss:

“I like green eggs and ham to write some programs, man”

“So, I will eat them program in a box”

“And I will eat them program with a fox”

“And I will eat them in a program in my house”

“And I will eat them with a put down the mouse”

Three good things about being a UH ICS student:

1. You are forced to learn good time management skills and find the lifestyle that fits best for you to succeed.

2. You learn that nothing hard is easy to obtain; advisors advise you that hard work in your classes and taking your time in school will pay off in the long run.

3. The ICS department is one of the best on campus. The staff tries their hardest to get us the best resources. Also, we have a lot of opportunities to find employment on the island due to their connections outside of UH.

1. The online modules and schedule really help keep track of what assignments are due and what we are learning.

2. Getting to experience many different coding languages (so far Java, C, C++, and SQL)

Good things about being an ICS student:
1. Being an ICS student gives access to cost-reduced software via the MSDN.
2. ICS students at UH Manoa get to learn directly from industry professionals, meaning the information that they get isn't outdated, which is crucial in an industry where things change by the day.
3.  Being an ICS student means I get to interact with possibly future co-workers and industry peers before we get out into the world and build our relationships early.

2) Learning how to credit a professional portfolio and connections.

3) A fun and safe learning environment.

1. Setting up our online persona or reputation through tools such as LinkedIn, TechHui. This will be an essential step post graduation.

2. Teambuilding exercises which build teamwork, a crucial skill for programmers.

3. Passionate professors who contribute majorly to our understanding.

1. Professors are very enthusiastic and knowledgeable.

2. UH Manoa provides a lot of software for students to use in the program.

3. Lots of emphasis on working in groups since the workforce requires lots of collaboration.

1. You get to learn from many professional professors.
2. Meeting new people who are willing to help each other.
3. Access to many opportunities to careers.