Introduction to Ruby on Rails 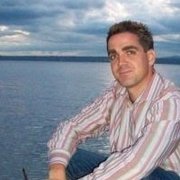 Ruby on Rails is the most fun way to build interactive web applications.  Ruby is a terse, yet expressive, scripting language designed for programmer happiness.  Rails is the productive and feature-rich web application framework that is powering some of the world's most popular websites, like Twitter and Hulu.  Learn both Ruby and Rails and how to use them to build, and deploy, real life data driven websites. This course teaches you just enough Ruby and a whole lot of Rails so that at the end of the day you can build web applications with one the most popular open source frameworks available. Topics covered include: Rails 3, web application engineering, forms, databases, validations, emailing, and basic Ruby principles.

Designed for people with solid computer experience, but little to no programming experience.

Kevin English has been developing web applications since 1999. He has been using Ruby on Rails since 2007. Kevin is currently an independent software consultant in Honolulu.

RSVP for Introduction to Ruby on Rails to add comments!