Today just before lunch I popped over to the
PodCamp Hawaii 2008 unconference to check out the scene and say hello to friends. As usual
Rox,
Shane,
Shawn,
Ryan and friends did a great job of coordinating, presenting and covering the event. The crowd had a good mix of techies and non-techies looking to leverage new media to promote their businesses. I was hoping to stay longer but I have a ton of work to do on
ooi this weekend.
Sid - I'm sorry I missed your social networking presentation. I hope to catch it online. 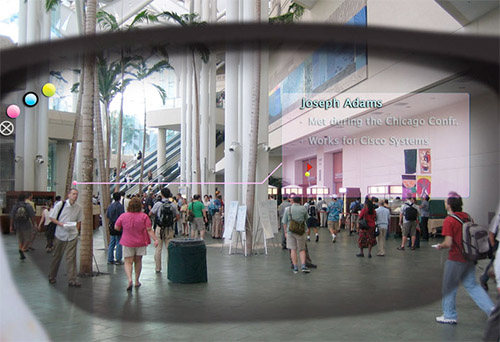 One thing that struck me as interesting was that a significant number of people at the conference spent most of the time between talks with their heads down in their laptops and other mobile devices blogging, twittering and emailing. While this is not entirely unexpected at a conference about blogging, podcasting and social media, it does seem a bit deleterious to real world networking. There were a number of times when I was hesitant to approach people because they were so engaged with their devices. It made me think about how you strike a balance. The trend right now it to blog and twitter everything possible, especially at technology related events. Blog, blog, blog...microblog. Unfortunately this can really take away from the important real world social interactions conferences are intended to encourage. At some point will there be a swing in the other direction that re-emphasizes real world 1.0 social interactions? Alternatively, perhaps new technology such as wearable video cameras and systems like SocialSense will do a better job of integrating in-person interaction with web based interaction, recording, and broadcasting. Thoughts?
Ikayzo - Design • Build • Localize | Web • Desktop • Mobile

Comment by Rob Bertholf on November 2, 2008 at 8:43pm
I am so bummed that I missed it! I received several glowing reports of its success!

Are there any plans to have an advanced level follow up to PodCamp Hawaii? I would love to help out if there is an interest.

Comment by Daniel Leuck on October 27, 2008 at 2:43pm
Aloha Rox. I just wanted to clarify that this post was in no way intended to knock PodCamp Hawaii. PCH was very well planned and executed. Among other things, it clearly brought a lot of new people into the social media world. I was commenting on a trend in techie conventions in general.

Thank you for your insightful response. It has a lot more meat than my post :-) Some degree of blogging and twittering at these events is definitely beneficial. I've already benefited from seeing some of the material I missed due to my schedule. I also agree with your comment about a certain energy being created just by having people with common interests in proximity. That being said, I think for some people the pendulum has swung too far toward the web and away from real world interaction. Its hard to find the proper balance, much like deciding how much of your vacation to spend with a camera in front of your face.

I am also a big proponent of "the energy." I suspect there are times when you and Mika hang out, and there is no need for conversation tho you nonetheless are experiencing each other and co-mingling your energies somehow.

Usually when Mika and I aren't talking she is beating me up in a video game. :-)

Those glasses are WAY cool and I would love to have some pairs pre-loaded with attendee information for an event like this.

I agree! Sam demoed them at the past two UBIF meetings. Right now they have a distinct borg-like appearance, but the technology is getting better all the time.

Comment by Kurt Sussman on October 27, 2008 at 11:00am
At the last RailsConf in Portland, I think about 20% of the attendees spent half of their time in the halls staring at their laptop screens. It did feel like a barrier. But it must be important to the personality of the conference, because O'Reilly is going to set up a new registration category for people who want to sit in the halls and hack instead of attending the presentations.

Comment by Daniel Leuck on October 26, 2008 at 4:15pm
I don't think that's odd at all. The problem with tech conventions is the same as surveys about sex. Only a certain type of techie attends conventions. :-)

Note: I attend several conventions a year so I am not making sport of either crowd.