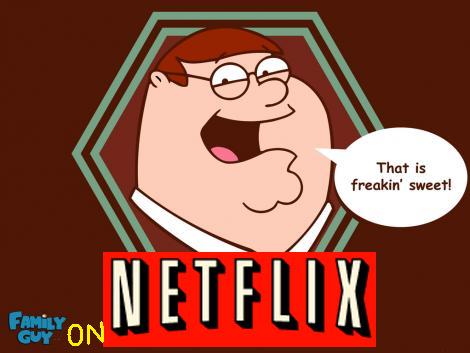 When we moved into our new apartment, my wife and I opted to receive cable services through Time Warner. It was the premium package that offered countless of channels. It was a sweet deal, and we thought we were getting our monies worth. However, after a month and a half, we noticed something, we weren’t using our cable package as much as we should’ve. We were barely watching any of the channels. To make matters worst, my wife was either glued to the Netflix App on the iPad or Netflix on the Apple TV. It seems that we were paying a substantial amount for a service that we were not using. We were barely watching the any channels, and it appears that our cable was useless.

Upon mutual agreement we decided to cut our cable, and replace it with just watching online content. We decided to use Netflix primarily for watching movies, along with other websites that offer free movies. I have not been inclined to use Hulu Plus, because it has no interest to me.

So what has it been like since cutting our cable?

Well, to be honest, our watching TV has increased. Netflix’s online ‘instant watch’ is a great service for only $8 a month. This service offers a wide range of Movies and TV series. If you don’t mind older movie titles and TV series then it is a great service. With recent reports of Netflix shifting it’s business model from renting DVDs to streaming online content, the company looks to grow both it’s online content and subscribers within the next two years. According to a report from Tech Crunch published earlier this year,

Netflix added 7.7 million net new subscribers total last year, up from 2.9 million in 2009. The growing appeal of streaming should keep driving that number up. And Netflix is spending less to attract new customers. While new subscribers grew 63 percent, Netflix spent 10 percent less on marketing. Its average cost to acquire anew subscriber fell to $11.13 in the quarter, from $19.81 during the September quarter before pure streaming was an option. Also, a lot more people are taking advantage of Netflix’s free one month trial to see if streaming is for them. Nearly 9 percent of subscribers were in free trials during the quarter, up from about 6 percent the quarter before (and 3 percent a year ago). Overall we have been extremely happy with Netflix. As mentioned earlier our time spent consuming online media has increase because of the wide selection of watching TV series. For example, all six seasons of Lost (one of my favorite TV shows of all time), Prison Break, 24, and many popular tv series can occupy hours of your time. My wife is currently watching Torchwood series (meh).

Apple TV vs. iPad Vs. Desktop

The User Interface for Netflix on the Apple TV 2 is superb. Searching through the various content is smooth and user friendly. Combined with the remote app from Apple, browsing through your media is great. On top of Netflix, Apple TV offers you the ability to rent movies and also tv shows from iTunes catalog, stream online music, access your media on your desktop, search youtube, and stream movies from your iOS devices. With iOS 5 releasing this fall, airplay will have a great use with iPad 2 users through the mirroring feature. Unlike the UI for the ATV2 the iPad Netflix UI feels unpolished.

Netflix on the iPad

The iPad app is horrible, and makes it quite cumbersome to browse through the different selections, even with the most recent update. Searching titles is fine, but the response time for the app lags. However, the ability to watch a movie in bed far surpasses the experience one would have when watching with a laptop. The iPad just seems natural, and the battery life last up to nine hours (literally).

There is also an iPod App, but I have not used it. I don’t enjoy squinting my eyes on a small screen.

Watching it on the desktop is also enjoyable, as most of the time I have something else running while watching the movie. Next to the iPad the desktop would be the way to watch Netflix. 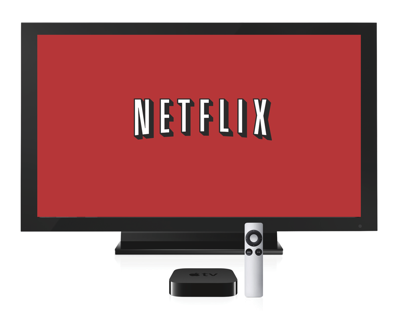 So do I regret cutting my cable?

No. The only thing I regret is having access to local news, you know, Joe Moore for ten at night news. However, the ability to access news online remedies this problem. Other than that small inconvenience the positive outcome far outweighs it. Because, today the options to watch online content is numerous and also for a low cost of subscription, the decision has been great. Not so for cable providers.

Comment by Andy Styles on August 2, 2011 at 8:09am
I read this morning that Apple has signed a number of TV Stations for iCould. It'll be interesting to see how thismanifests itself...

Comment by Holly Sevier on August 2, 2011 at 8:02am
I find the Netflix iPad2 app way more user-friendly than the UI on my Sony BluRay box: slow to boot up, hard to navigate, hard to find out what episode you are on in a season. If you quit watching halfway through an episode on the iPad it gives you the option to start where you left off, which it doesn't on my BluRay box. Frequently on the BluRay it also drops the movie halfway and gives you the frustration of a 'loading' screen which apparently is due to a weak processor in the box. If local news would create an app like the great 60 Minutes app ($4.99, but you can watch content on your time frame and extra content as well) then I would be sicking my scissors on Oceanic!

Comment by Linda Rawson on August 1, 2011 at 11:39am
In addition, I have a Tivo box and the service and an indoor HDTV Antenna.  This allows me to get local TV and a guide and the ability to record my favorite shows.  I can also get Pandora on the box which gives me my music fix.

@Aryn Thanks for the great question. I feel the frustration of those loyal customers of the old dvd plan. If I was in their shoes I would be angry too at Netflix. Fortunately for me, I only opted to the instant streaming plan, as I am not a "must see the newest movie" kind of guy. I am content with whatever Netflix has to offer.

I hope those who are not happy with the 60% increase will find an alternative to fill their Netflix void if they choose to drop Netflix.

Andy - You can get most of the popular HBO shows on iTunes.

I'm looking forward to being able to get HBO without a cable provider... their program quality is very high, and commercial free. I'd happily pay a supplement to my Netflix subscription to be able to get HBO programming.

I'm also looking forward to 'region free' TV. My wife's Japanese, and I'd love to be able to get Japanese programming in our house without having to resort to 'grey importing'. As I write this, I'm listening to Hawaiian Public Radio (in San Diego)... surely we can too the same with 'TV' programming soon?

@Marcus Thanks for the great question. No, Netflix does no have commercials, however Hulu does have ads both in their free online site and their Hulu Plus (paid subscription). Just like you, I have a hard time watching TV due to commercials.

@Daniel Thank you for your kind comment. I totally agree with you on the iPad 2 being the #1 device (your preference) to consume media. I posted this blog because I am interested to see if Hawaii's Gen Y and X will shift their TV habits towards online services, and will this affect our local TV cable providers.  We have already experienced the decline of printed newspaper industry due to online news. I don't know, but it's something that I am interested in within the next decade of Hawaii's future. Mahalo.

As usual, great post. The Netflix desktop browser app is great, but I agree the iPad Netflix app is sub-par. Its particularly bad for navigating around a TV series with multiple seasons. It slams them all together in a long list. Also, I've had more than one show that was corrupt and stopped playing half way through the show.

Despite issues with Netflix's app, the iPad 2 is still my #1 video playback device. I'm about to jump on a plane back to Hawaii with my iPad charged and loaded with movies.

There was a cool article in The Atlantic about Netflix: Why Content Isn't King.

The company has been far-sighted.  They were building toward to the goal of streaming content.  I remember reading a quote where an executive said something like, "We were focused on the Internet from the beginning.  That's why we didn't call our company 'DVDs by Mail.'"

My TV-watching plummeted when I moved away for college and then traveled abroad.  It's been years since I watched TV regularly.  Only now that I've returned to Hawaii I've started watching TV again.

This is an incredibly noob question: do you still have to watch commercials if you use Netflix?  That's what keeps me from watching TV more.