What Was Your First Computer?

The first computer I used was a TRS-80 back in grade school. They had a dozen of them at the local science center where I took classes after school. I learned to program in BASIC and store my inventions on a cassette tape. 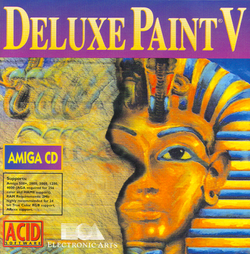 After a brief affair with an
Apple IIGS, I moved on to the
Amiga. The Amiga was absolutely amazing for the time. It could display 4096 colors and had advanced sound capabilities. The fact I could use the "SAY" command in AmigaBASIC to get the computer to talk was a never ending source of excitement. I used a program called Deluxe Paint to do everything from digital paintings to designing self contained ecosystems (a long running obsession dating back to junior high - I was a weird kid.) The Amiga was the first computer I used to compose music. I used a MIDI interface to connect my Korg T1 keyboard. I lost quite a few hours in the basement writing music with this setup. I convinced many of my friends and parent's friends to bet on the Amiga as the computing platform of the future. Oops! How was I to know? It was so friggen cool!


Here is the full progression of computers I've used going back to grade school:

What was your first computer? How about your first programming language?

Comment by Merlin Matthews on March 4, 2009 at 12:59am
My first was a TI-99 4/a. First game was Treasure Island and then others like Burger Time. It wasn't really a "computer" in the modern sense but pretty much worked as one, loading cartridges for programs and used the TV to display.

Comment by Brian Park-Siart on February 16, 2009 at 8:37am
My first computer was a VT-100 by Digital Equipment Corporation. I did a co-op program there while still in college in 1980. I still have the green-screen imprinted on my memory.

Comment by Chris Hand on February 15, 2009 at 8:59pm
Timex-sinclair - 1k of memory, Use to save programs to a cassette recorder.

Comment by Russell Castagnaro on February 11, 2009 at 7:59am
Apple II+ I remember with the printer and everything it was about $5000. I couldn't believe my parents spent that much money on me.

Comment by Nate Sanders on February 11, 2009 at 6:12am
I lucked out early on because my dad was the president of a very small bank that needed computers for data processing. This is rural Kentucky in 1982 and there was no IT department, so he had to figure this out on his own and it was pretty new territory. He had a couple of guys from ComputerLand in Louisville drive down to Hodgenville where we lived (about an hour) and they put on a demonstration of a few machines in the basement of the bank. I caught the tail-end of it of it as I had just come in from school, so I didn't get to see much of the demonstration. My dad had settled on two Apple II+ computers -- the North American version of the Apple II j-plus shown earlier in this thread by Mika. Each had 2 5.25" disk drives and a monochrome monitor. He bought 2 copies of Visicalc and one of the computers had a 128K memory expansion. The memory expansion included a special disk and as far as I'm aware, you had to load Visicalc immediately after the memory expansion driver -- you couldn't use the memory expansion with other programs (unless perhaps you had the memory expansion driver for those programs). We took one of the computers home so that my dad could learn how to use it during the evenings with no interruption in the flow of the bank during the day. Luckily it was the summer, and while he was at the bank during the day, I read the two manuals we had for it, one for DOS (I think) and one for Applesoft BASIC, and experimented endlessly before the computer had to go back to the bank. I was completely hooked. My dad subscribed to a few computer magazines at the bank to keep up with the industry, as he had to make purchasing decisions, etc, and I'm quite certain I read them much more than he did. In the next few years, I was pretty familiar with just about every computer on the market and got a double-dose of things, as I got to see whatever computers came through the bank over the next few years (IBM PC and PC/XT with its whopping 10 megabyte hard drive), as well as an Atari 800 as a home computer and eventually a PC/AT clone. Ahhh, the nostalgia :)

Comment by Merlin Matthews on January 10, 2009 at 9:48am
The first computer I ever truly used was a TI-99 4/A back in 1989 or so if I remember correctly. Depending on how you classify it, it wasn't exactly a computer but more of a keyboard with hardware in it and cartridge to load programs. It hooked up to the TV via way of antenna, and you had to tune the antenna and TV to an empty channel to use it. 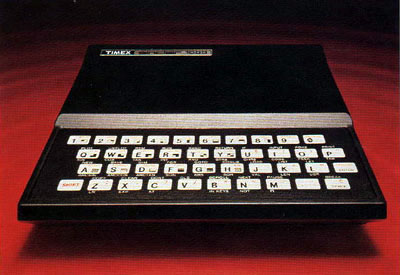 Comment by Laurence A. Lee on October 13, 2008 at 10:09am
Ah, I was a Radio Shack geek as far back as I could remember, buying motors, soldering passives and switches onto breadboards, and hardware-hacking on radio-controlled cars. Back when Stompers were the big thing, I tricked mine out to go faster, using a couple of battery cells extracted from a disassembled 9-Volt Battery.

It's little wonder, then, that my first computer was provided by Radio Shack: the TRS-80 Color Computer 2, the early model.

Like most of the Home Computers at the time, there were enthusiast magazines available. Some had source code listings for utilities and games, which were essentially BASIC programs that checksummed hundreds of lines of BASIC DATA for correctness (boy, you could get bleary-eyed typing all that stuff in by hand!). That data was then POKEd into memory, and the system would jump to start those programs off.

The CoCo was one of the few machines that featured a Speech Synthesizer cartridge (sold separately). Powering these cartridges were Votrax chips. This is a family of chips that were used in Gorf, Q*Bert, and many other 80's arcade games.

Later, I found myself in possession of a Tandy Model 200, where I continued to code with the built-in BASIC. It also sported my first Modem - an internal 300 baud modem. (Hey, I even had Accoustic Couplers! :-D) Soon, I found myself on the local BBS scene, hanging out at places like Saimin, Muskrat's Den, FLEX, and DaKine.

My first PC was an IBM PC compatible, with a 4.77/7.16 MHz "Turbo Switch". Whoo, now we're cooking, I was running almost twice as fast as that expensive name-brand PC. ;-) Started learning 80x86 Assembly by getting an assembler/disassembler combo off of a local BBS. Anyone remember A86 and D86? It sure beat the pants off of assembling and patching via DEBUG.EXE.

Comment by Terrance Young on October 13, 2008 at 6:57am
My first computer was a IMSAI 8080 which my Uncle who worked for UH gave to me, Honestly it took forever to do one simple program since it was Binary Ugh!! I pretty much gave up and never used it after the first try... 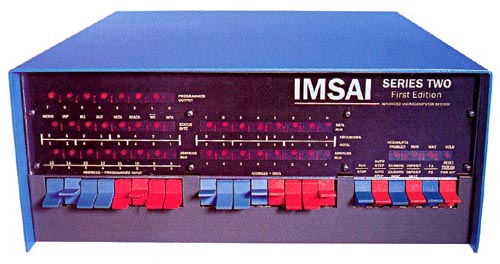