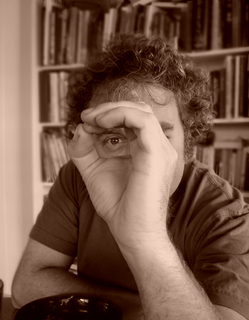 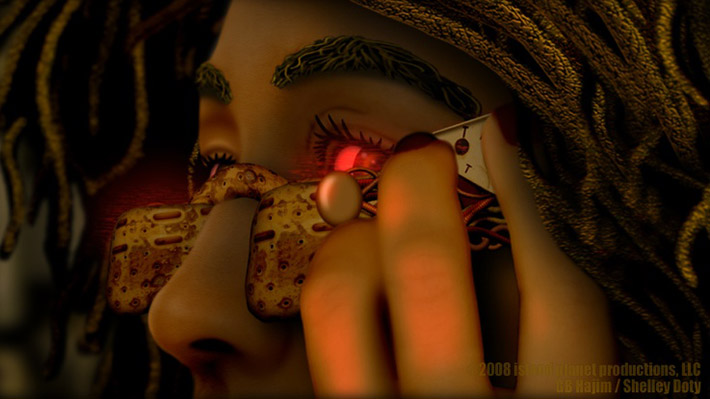 GB passed along this article about his Strange Frame project and "Keeping it Local":

KEEPING IT LOCAL
In 2002, MTV Networks began to make an offer to acquire GB Hajim’s project strange frame. They made it clear from the beginning that they would own everything outright and produce the project themself. GB turned down their offer, committed to growing the production community here on the Big Island. As the years passed, GB was offered to farm parts of this animated feature film overseas in exchange for further funding, he turned down those offers as well. “We all know what outsourcing does to a community”, he said at a recent seminar, “most of us were around when the sugar industry outsourced production overseas.”

TAGLINE
Reaching for the stars keeps you alive. Getting there can kill you.

SYNOPSIS
It’s the 29th century. We’re on Ganymede, one of Jupiter’s moons. The human race has long since left Earth. To survive the harsh climates of other planets and moons, mankind has been genetically modified making skin color and sexual organs a common matter of choice.

Two beautiful musicians, Parker, a soulful saxophonist, and Naia, an impish guitarist, play center stage. They move almost as one, a seamless harmony developed over the years from the bonding and sharing they have done as they struggled to get just this far in their careers. Unfortunately, fame is about to tear them apart. This is the last gig they will ever play together. Naia is about to be discovered by Mig, an unscrupulous entertainment agent, who sees her as the perfect exploitable combination of talent and naivete. His brand of stardom leaves little space outside of the oiling of the wheels of the corporate machine. Parker is drugged and thrown into the streets. The rest of the band is cast aside. Naia is propelled into an overnight sensation. What seems like every performer’s dream, soon turns into living hell.

In the past, their music created hope and joy. Now, it brings sadness and despair. Parker struggles to find Naia and with the help of a space trucker named Grenman, she may just be able to scrape together enough passion and resources to save her friend from the fate of which they always dreamed. A high-speed escape in The Lone Mango, a pieced together bucket of high tech bolts, leaves us believing Naia has been rescued. Only a few moments later, we and Parker discover the agent has replaced Naia with the bio-mechanical android she has just risked her life saving. Naia has been drugged into a coma and lies connected to machines locked away in the agent’s high security corporate tower. Now, Parker and her new friends are on the run for their lives. But it’s not long before Parker throws caution to the cosmic wind, and decides her love for Naia and the life they once had is worth paying any price. 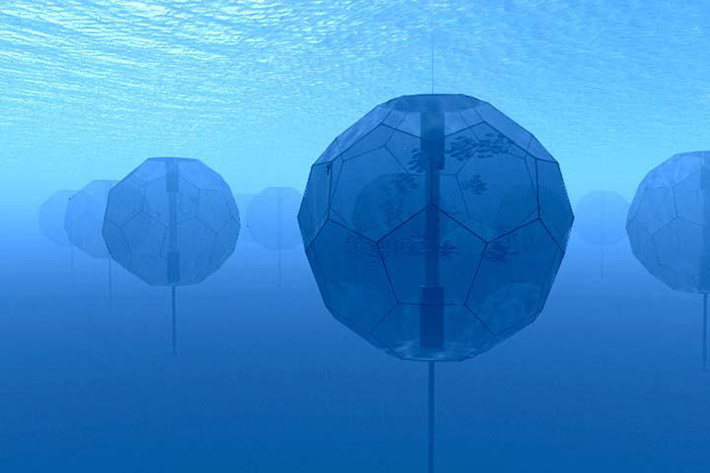