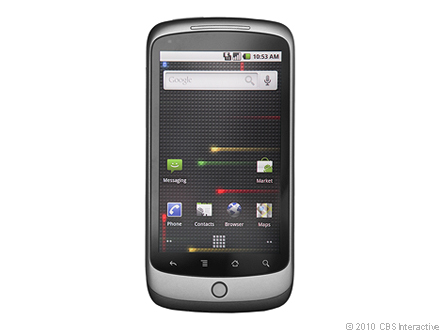 I'm a huge fan of the iPhone, but I knew too many Android fans to not be curious. So, a while back, I sprung for the unlocked, unsubsidized Google Nexus One. Specifically, I got the version with AT&T frequencies. It was only briefly available before selling out... and then, of course, Google retired the entire line.
The number one benefit of this specific model is that you can take the SIM (or MicroSIM) out of your iPhone, slip it into the Nexus One, and have it work immediately as your phone, with the added capability to activate "mobile hotspot" or tethering capability.
The other benefit, of course, is an unspoiled Android experience, with no carrier-dictated overlay or ridiculous restrictions on software updates.
It's a solid, compact, beautiful phone. I really enjoyed getting to know the Android OS and UI and apps. I did, indeed, test the "mobile hotspot" feature and saw this as an alternative to springing for a whole new device (a la the MiFi or Clearspot).
But, after the initial novelty wore off, I barely touched my Nexus One. I'm too invested in the Apple ecosystem. It spent the last two months in my backpack, and I honestly forgot it was even there.
The Nexus One is no longer Google's shining star (see: Nexus S). But it's still too nice a phone to meet a fate as dire as total neglect. I am certain someone out there would love this phone, especially since the other Nexus One users I know really love theirs, even in the face of newer and fancier models from other manufacturers.
And again, the AT&T-compatible model is pretty scarce, while you can find the T-Mobile variant anywhere.
I've got the phone, the box, the USB charging cable as well as a car charger, and of course the Android sleeve. I bought it for $525, and am hoping to get $400 for it (with this model still selling on eBay for about $475). Drop me an email at ryanozawa@gmail.com!

Ryan, I think I could make a living just following you around the web  ;)

I've got, and use, a Nexus One on the T-mobile network.  It's an interesting phone.  I'd rather one with a keyboard like the G2 (for when I have to do stuff on call) but that wasn't an option at the time I needed a phone, and the only keyboard possessing Android phone on T-Mobile at the time was the Motorola Cliq... the least said about that the better ;)

There are pros and cons to having the Nexus One.

+:  No proprietary crud.  It's about as vanilla an Android experience as you can get.  It's what the developers have been using as their base model, though it's now likely to be superseded by the Nexus S.

+: Latest updates without the long wait.  Each new release hits the phone on release date.  No waiting for HTC or whoever to get around to updating their proprietary UI to work with it.

+: Wifi and USB tethering, incredibly useful features.  T-mobile's network on Oahu is pretty decent, it's rare for me to be without 3G, apart from a couple of spots on my commute that are slightly understandable (the dip as you go town bound just past Castle).  Occasionally I've seen bad speeds (30k down, 1Mb up) but they've fixed them pretty quickly.

+: Apps just work on it.  It's the recommended developers standard phone, as close a match to the SDK as you can get.  I've seen comments for apps talking about it not working on certain phones (mostly seem to be HTC phones, whether that's a case of Sense messing things up or just an indicator of popularity of their phones I'm not sure), but I've yet to find an app that won't run.

-: You get the latest updates straight away.  Just like iOS and any other OS for that matter, the latest greatest releases often have little bugs in them that get ironed out over a few months.  About 2 weeks back Google released FRG83D a step upgrade from FRG83 to add in a few improved bits of error reporting and preparing the groundwork for Gingerbread (apparently).  Unfortunately it's made a few of the Google Apps unreliable, primarily Calendar.  It works and works fine, but it's not entirely unusual to have it crash on you when you try to do anything beyond adding appointments or dismissing alerts.

-: Sometimes Apps are dodgy and it can seriously impact the stability of the phone (that's an overall Android problem I believe).  Despite what many people will tell you it's really not necessary to have a task killer installed for most purposes.  Android does multitasking very well, however occasionally it's been necessary to use a task killer to find out which app is screwing up the phone.  Remove it and the phone becomes nice and stable again :)