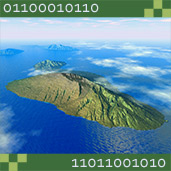 Purpose: To develop cost effective measures for reaching goal to have gas emissions to be 1990 levels or lower by 2030.

In 2007, a State law was passed with the intent of mitigating the effects of global warming. Act 234 calls for the amount of greenhouse gas emissions in Hawaii, caused mostly by fossil fuel-based electricity generation and transportation uses, to be reduced to or below the 1990 levels by the year 2020. A task force was formed to develop cost-effective measures for reaching that goal. The public is invited to a series of workshops held in all counties to present the potential workplans being considered by the task force for implementing greenhouse gas reductions. A final recommendation will be given to the 2010 Legislature by the task force.