ThinkTech Hawaii - State of the Web 2009 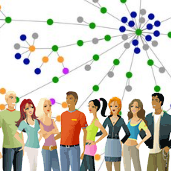 Update: Sold out. You can join us via our live webcast and on Twitter.

Michael will be talking about the role of location based services such as Google Maps, Earth, and Local Search in the rapidly evolving web.

Michael Jones is Google's Chief Technology Advocate, charged with advancing the technology to organize the world's information and make it universally accessible and useful. Michael travels the globe to meet and speak with governments, businesses, partners and customers in order to advance Google's mission and technology. He is also the Chief Technologist of Google Maps, Earth, and Local Search——the teams responsible for providing location intelligence and information in global context to users worldwide. More...

Please use the tag SOWNINE for tweets and blogs.

Jay Fidell is a founder and principal of Bendet, Fidell, Sakai & Lee. He has served on various community and professional boards, including the Building Owners and Managers Association, the Plaza Club, the Hawaii Opera Theatre, the High Tech Development Corporation, the Natural Energy Laboratory of Hawaii, the Hawaii Strategic Development Corporation, and the Hawaii Science & Technology Council. Fidell has an abiding interest in tech and entrepreneurship and has been the host of ThinkTech Hawaii on Hawaii Public Radio since 2001.