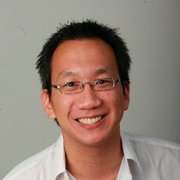 Covering the evolution of how news is discovered and shared including social media technology and trends.

Gene Park is currently the community manager for Hawaii-based investigative news organization, Honolulu Civil Beat, started by eBay founder Pierre Omidyar. He was most recently communications executive for The Limtiaco Company, a public relations and marketing firm operating out of Honolulu, Hawaii. Gene also is the former online news producer and columnist for the Honolulu Star-Advertiser.

He has served as president of the Asian American Journalists Association of Hawaii, and vice president of The Hawaii Newspaper Guild/Communications Workers of America. Gene has been a professional journalist since 2003. He has triple-market experience, having written or worked for the following publications in California, Hawaii and the Mariana Islands.