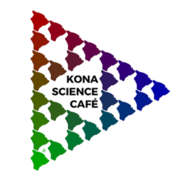 Digital Life is a non-profit initiative to produce accurate, high-quality three-dimensional (3D) models of live animals to benefit science, conservation and education. They use a process called photogrammetry to scan the animals, whereby 2D photographs are taken and then stitched together into a 3D model. Their series of custom built multi-camera arrays, collectively known as Beastcam™ Technology, allow for rapid, portable, and adaptable 3D capture of live animals. The models can be viewed online (http://www.digitallife3d.com/3d-model/), printed, or viewed with augmented reality (AR) and virtual reality (VR) headsets.

Based at the University of Massachusetts Amherst, the Digital Life team consists of biologists, professional photographers, engineers, artists and numerous graduate and undergraduate students. To date, they have scanned numerous reptiles, amphibians, flowers and even a shark, partnering with field biologists, zoos and conservation organizations to gain ethical and minimally invasive access to the animals. Their current focus is on two primary campaigns: Sea Turtles of the World (scanning all seven species of sea turtles) and Frogs of the World (scanning 40-60 critically endangered frog species).

Christine Shepard, photographer, videographer, and entrepreneur, is the owner of Coral Cove Imagery, a media production company in Kailua Kona. She is also a co-founder of the Digital Life project and a member of its leadership team. She’s been named a finalist in two categories of BBC’s Wildlife Photographer of the Year and a Highly Honored Winner in Nature’s Best International Photography Competition.