Flight from Capital: Will Venture Firms Survive the Economic Storm? What Deals Are Most Likely to Get Funded in 2009? 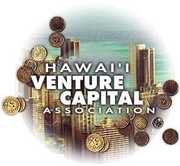 What Deals Are Most Likely to Get Funded in 2009?

The global economic crisis is leaving the venture capital industry in survival mode. There are precious few check writers out there and those checks are getting smaller and going to fewer and fewer companies. The Hawaii Venture Capital Association has invited Tim Dick, a Partner at Silicon Valley venture fund Startup Capital Ventures, to present a very recent analysis on venture investing in the current economic climate. The luncheon presentation will take place on Thursday, March 26, 2009 at the Plaza Club.

Startup Capital Ventures has a significant Hawaii interest. Founding partner John Dean, former Silicon Valley Bank CEO, has helped bring many Hawaii companies to the attention of Silicon Valley venture capitalists. Tim Dick joined the firm in 2008 after founding the Hawaii Superferry in 2001, a company that has brought energy-efficient inter-island vehicle ferry service to Hawaii and was recipient of the HVCA Deal Of The Year 2006. He is also a Professional In Residence at the Pacific Asian Center for Entrepreneurship (PACE) at the Shidler College of Business at the University of Hawaii.

A serial entrepreneur, Tim co-founded Grassroots.com, the leading political web technology company in 1999. In 1995, he founded WorldPages.com, the internet's first white and yellow pages, which went public and is now part of British Telecom. A believer in social responsibility, he has an energy conservation foundation - usehalf.org. Tim co-founded TRUSTe.org which has become the internet's privacy standard and is a founding Board Member of Reef Check Hawaii and is an active member of the Hawaii Venture Capital Association.

"In the venture finance continuum, professional venture capital picks up where angels leave off," said Bill Spencer, HVCA President. "Many Hawaii companies funded with angel investments are ready for take-off and must prepare to seek venture capital. Knowing the state of this industry is critical to survival in today's climate of economic uncertainty."

This meeting will be held:

RSVP for Flight from Capital: Will Venture Firms Survive the Economic Storm? What Deals Are Most Likely to Get Funded in 2009? to add comments!