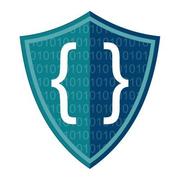 Posted on behalf of DevLeague and Uber Hawaii

The statewide 2015 Hawaii Hackathon will allow developers from across the islands to come together with entrepreneurs and designers in venues in their own communities and participate together as a whole. Top-tier San Francisco-based Uber engineers with global hackathon experience will travel to Hawaii and work along side instructors from DevLeague to host participants. Livecoding.tv, an educational streaming platform, will connect teams on the neighbor islands to colloborate and build transportation web applications using Uber’s API for some really cool prizes during this 36 hour event.

“At DevLeague, we are thrilled to establish a partnership with Uber and the opportunities it provides our students. Participants get to experience building exciting new applications on top of Uber’s cutting edge API and they also have the opportunity to establish relationships with leading developers within the company and receive valuable mentorship from top-tier industry professionals outside of Hawaii. To have Uber’s support to put on an event that brings together all the islands virtually for a real-time event is going to be a lot of fun. It gives us an opportunity to bring together and showcase all of the diverse talent that we have here in Hawaii,” says Jason Sewell, DevLeague co-founder and curriculum designer.

The public is welcome to participate in the free 36-hour event over the weekend of October 23 to 25 to be simultaneously held on at the following locations:

$10,000 worth of prizes for winning teams in various categories will include:

For more information about the 2015 Hawaii Hackathon, visit http://uberhackathon.devleague.com.

DevLeague conducts a 12-week program for 11 hours a day and six days a week (part-time program also available) in which students learn the tools and skills to become full-stack web developers specializing in JavaScript. The boot camp teaches foundation and core concepts in computer science and software engineering, client side-UX development to build a rich user interface with a focus on mobile-first development, server-side programming and project architecture that allows students to integrate with the local development community.

The next full-time DevLeague cohort runs from November 30 to February 27, 2016 and the deadline to apply is October 30. Tuition is $10,000 and scholarships are available, including financial aid for outstanding female applicants.