August was an exciting month for tech in Hawaii. Honolulu startup Sprout (formerly ChipIn) was acquired by InMobi, a mobile ad network that has served over 100 billion mobile ads to date. The combined companies will be able to serve HTML5 mobile ads constructed with Sprout to 165 countries. Read about …
Continue Yesterday I was asked to chair a committee on workforce development for the software industry in Hawaii. Our committee was specifically tasked with coming up with suggestions on how to bring the number of senior software developers in the workforce closer to meeting the demands of software companies in our state. The suggestions are to be presented by the Workforce Development… 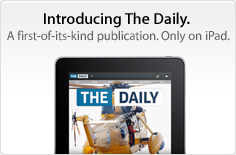 Apple stock jumped again today. The company is now worth $336 billion. That is almost $100 billion more than Microsoft and well over twice the value of Oracle. They are now the largest technology company that has ever existed. Apple is also the largest content distributor and the largest mobile phone manufacturer in the United States. There are over 325,000 active apps in the App Store. They have been downloaded almost 10 billion times. Gartner expects the App Store will generate a stunning…

The web development world is in an interesting place. HTML5 is the future, but its not quite ready. Javascript is the lingua franca of this brave new world despite the fact it lacks many basic…

I just returned from a business trip to Tokyo. Its always fun to see whats happening in Japan's tech mecca. Every year the vending machines and mobile phones seem to move closer to sentience. In case they are already self aware and are reading this newsletter, I want you to know I welcome our new vendoketai skynet overlords.

Tokyo is the most wired city in the world. If you've ever seen the Simpson's episode where Homer gets restaurant recommendations from his hotel toilet - well,… Continue 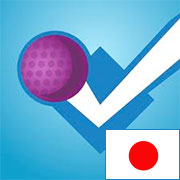 I'm currently in Tokyo on business. As I travel around the city I've been spot checking Foursquare's coverage. To my surprise, coverage is excellent. Most popular eateries and nightspots have already been added. Many already have mayors. Foursquare specials… Microsoft created quite a stir on Thursday when they said they are "repositioning" Silverlight and focusing on HTML5 for web apps. Like Adobe, which just demoed a Flash to HTML5 converter, they seem to be conceding that the web world is moving away from plugin-based rich media platforms and toward HTML5. Now they will be playing in a sandbox dominated by Google, a company that…

I debated posting this because we have so many great UH faculty members as members, and I don't want this to turn into a bash-fest on the people who were instrumental in helping us grow this community. That being said, it wouldn't be honest for us not to address the issue. Obviously three major security breaches in a year indicates a very serious problem. I'm sure most of you have read the articles, but for… 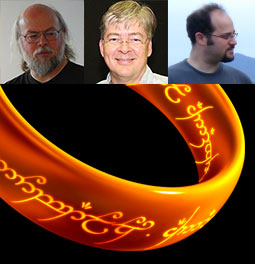 What are the implications of Oracle's lawsuit on the future of robust multi-targeted virtual machines in the software universe? This is a question I've been asking myself over the past few weeks. The vast majority of software written today runs on one of a few runtime environments - the JVM (Java's runtime),…

John Wang just sent me the new App Store Review Guidelines published by Apple. I nearly choked on my coffee when I read through these gems:

Excerpt from the intro: We will reject Apps for any content or behavior that we believe is over the line. What line, you ask? Well, as a Supreme Court Justice once said, "I'll know it when I see it".

Translation: If you don't comply with our…
Continue

Engineering and Risk Assessment Failures at BP, Transocean and Halliburton

Its been 12 days since the explosion, and leaks are still poisoning the gulf with 200,000* gallons of oil per day. BPʻs attempts to utilize a containment dome have failed due to the formation of ice-like crystals that blocked the flow into the pipeline and made the container buoyant. Now they are talking about shooting garbage into the blowout preventer. BPʻs CEO keeps whining about how hard it is to utilize containment… Continue Its been a very interesting month for tech in Hawaii. Three Hawaii companies, Avatar Reality,
Asia Pacific Films and
Sprout were covered on
TechCrunch and Peer News unveiled its… Continue

The Beauty of Hawaiʻi's Anchialine Pools I thought I would take a break from my usual subjects, software development, Hawaiʻi's tech industry and policy issues, to write a few thoughts about my favorite little ecosystems - anchialine pools. Scientists have identified about 150 unique ecosystems in our state ranging from the awe inspiring alpine deserts of Mauna Loa to the world's wettest rainforests on Kauaʻi.…

Tough Times for Tech in Hawaii

On the way back from Ryan's Geek Meet yesterday Mika and I noticed three more small businesses in our neighborhood, the east side of Kaka'ako, shuttered. We must have lost 1/3 of the small family owned restaurants and shops in this area over the past two years. I know some of the owners, and it breaks my heart to see businesses that families worked hard for years to build go under. Its starting to look like a ghost town littered with empty buildings covered in graffiti. The Economist predicts… Continue