Kuehnle AgroSystems CEO Adelheid Kuehnle is bringing a new business paradigm to the biofuel and bioproduct industries. Instead of creating a few algae strain products marketed to wide verticals, Kuehnle is able to tailor strains to specific… Continue

Better Companies with Better Technology Will Rise from the Ashes GM and Chrysler are back at our doorstep, hats in hand, asking for a bailout that could
exceed $130 billion. We should say, "No, and shame on you for asking!" GM is failing because of horrible mismanagement, a complete lack of long term planning, outdated technology and the fact that they make, by and large, high… Continue

Aloha TechHuians. Last month I blogged about the
SDL/Swing UI framework, which makes heavy use of the
Simple Declarative Language (SDL.) I came up with the idea for SDL about six years ago when I was buried in a mess of XML J2EE config files. It struck me that XML is great for things like marking up… Continue

The Psychological Barrier to SaaS

Two months ago we moved our last customer still running their own email server to Google applications. As we have seen with our other customers, there was a short stressful period as they adjusted, followed by great satisfaction as they moved from using Outlook to Gmail's web UI. It starts with one or two employees discovering the power of live collaboration on spreadsheets or simple document sharing. They become internal evangelists, and pretty soon the whole organization is realizing… Continue 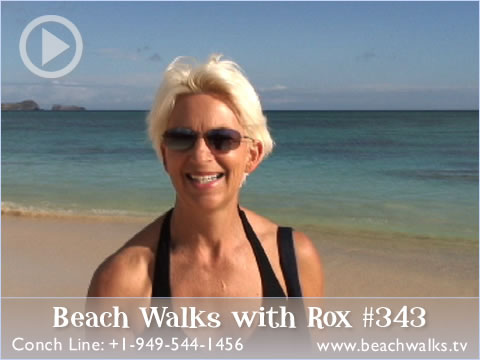 Local social media celebrity
Roxanne Darling introduced many of us to the world of
podcasting. The first podcast I watched was an early episode of
Beach Walks with Rox, now a popular show with over 700 episodes. Roxanne's energetic,… Continue

Over the weekend I dusted off an old project that has always interested me and did a little recreational programming. Yes, I know I'm a geek. The project is called SDL/UI. Its a declarative framework for creating platform independent UIs using the
Simple Declarative Language. By cross platform I mean the screen definitions are portable and the controllers are portable if you are using a cross platform language for the logic. SDL/UI's design goals are…

Kazuyuki "Kaz" Hashimoto has the most exciting job on the island: Overseeing the genesis of Blue Mars, a massively multiplayer virtual world (MMVW) set on a futuristic terraformed Mars. Blue Mars sports graphics that make Linden Lab's Second Life look like 1980's Ultima. Kaz has all the… Continue

In Dave Takaki's forum post Action Committee for Threatened Hi Tech Tax Credits John raised an excellent point, "But maybe the issue is: Hawaii has insufficient tech talent so we are simply throwing money at the wrong problem." This is definitely a serious issue for a number of reasons.

Aloha TechHuians. Fresh off the plane from Tokyo, we are going through the familiar ritual of adjusting to our home time zone. We had some interesting conversations during our trip with companies thinking about launching niche networks. Over the past few months we have had similar conversations with companies and academic institutions in Hawaii interested in launching new social networks or adding social… Continue

I can't say enough good things about Wayne and his world class team at Pipeline Micro. Simply put, they are some of the sharpest and most motivated people we've met. Pipeline is working on an amazingly small and quiet liquid cooling system with the potential to improve the efficiency of everything from microprocessors to lighting systems. We have had the pleasure of seeing the product evolve since… Continue

Yahoo! Japan Worth More Than Yahoo!

Shareholders are looking back at Microsoft's original $44.6 billion offer and crying. I thought they were crazy to turn down this deal and the subsequent offer in June. Today Yahoo! is worth $14.33 billion, $31 billion down from its value when Microsoft made its initial offer. As I predicted, their market capitalization is now… Continue

Nov 4: A Historic Day for Tech

Today will be remembered as a historic day for technology as well as politics. CNN became the first station to introduce a pseudo-hologram technology to make it appear as if two correspondents separated by thousands of miles are standing in the same room. The technology works by having an animated avatar superimposed on the video stream by correlating the angle of the camera being viewed by the audience with an array of cameras positioned around the subject being "beamed". I thought it was a… Continue

After a peculiar lull early in the month we finished strong with membership blowing past 500 and the heaviest monthly traffic to date. New interest groups include Film and Television, Freehacker's Union, Second Life, Healthcare IT and… Continue

We had the pleasure of working with Professor Johnson and his Hackystat team several years ago on an open source community project. In addition to being impressed by the CSDL's Hackystat and Jupiter projects, I found the program's focus on producing well rounded software developers refreshing. In stark contrast to many of… Continue

Today just before lunch I popped over to the
PodCamp Hawaii 2008 unconference to check out the scene and say hello to friends. As usual
Rox,
Shane,
Shawn,
Ryan and friends did a great job of… Continue

Is it just me, or are the major social network UIs still counterintuitive and in some cases getting worse? I find myself going on scavenger hunts for common functions in LinkedIn. Ryan and I recently discovered dozens of users waiting to join our LinkedIn groups because we were unaware they had applied. There are no email notifications and it takes four clicks just to discover new members waiting to join your group. LinkedIn's UX… Continue

I was introduced to Kevin four years ago by my good friend Olin Lagon. It was immediately apparent Kevin possessed a rare combination of technical skills and a keen aesthetic sense. Kevin doesn't program UIs, he sculpts them. One of the best examples of Kevin’s superb UI work is SproutBuilder. There are quite a few Flash widget… Continue

Despite having done hundreds of developer phone screens over the past few years the amount of BS found in today's resumes continues to astound me. The problem is particularly acute in the US for reasons that could be the subject of a very long post. Many of the resumes we review amount to little more than marketing material dressed up by overly enthusiastic… Continue 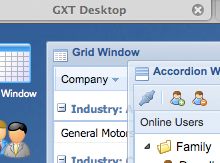 Two months after diving in with GWT I would characterize my experience as mostly positive. The Java to Javascript translation is amazing. I have yet to trip up the compiler, even when using complex combinations of generics, anonymous inner classes, etc. This is an impressive feat of engineering. The ability to trivially create rich desktop-like UIs is fantastic. Many… Continue